An ode to our job!

What it is, how I feel, what is happening in my not only „professional life“, I don’t know exactly. What is certain is that I feel privileged and grateful to be able to experience such moments and encounters. An attempt to summarize the last weeks, two concerts, three books and four interviews. I would like to start with a book recommendation, the espionage thriller South Of Hell

Action-packed and explosive – Ex-agent Ludwig Licht puts his life on the line in the USA …
A dirty American election campaign and an acute terror warning: Ludwig Licht is called to Pennsylvania by the CIA to save what can be saved. Because the democratic candidate Ron Harriman is accused of having an affair with a sixteen-year-old who then took his own life. Explosive revelation or perfidious slander? Ludwig Licht soon discovers that the election campaign affair is only the tip of the iceberg. Because it’s actually about a terrorist group that wants to destroy the whole country. To avert the threat at the last second, Ludwig Licht not only uses very unusual methods, but also puts himself in grave danger …

The main character of this thriller series, which began with the West Of Liberty, Ludwig Licht, is a run-down „antihero“. His home is a „melting pot of opposites“, Berlin-Kreuzberg. There (fire-brigade well on the Mariannenplatz) we met Thomas Engström. The perfect scenery. Full of life, dingy and with its own charm.

Together Ludwig and Thomas manage something unusual: they capture me with an espionage thriller! It was impossible for me to put the book out of my hands before the last page. Only now am I over the „How, already to end?“ and „I want more“ syndrome. I devoured the story, the exciting plot, the writing style and the attention to detail captivated me. Exceptionally, I feel the gift with which Thomas perceives people and places and reproduces them so precisely that the images that were created in my head while reading correspond to reality! 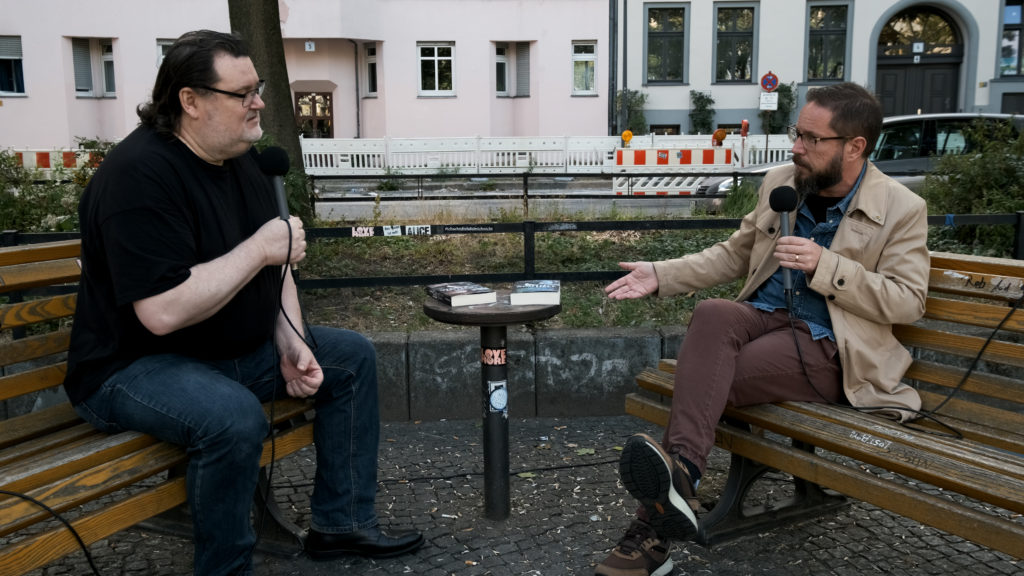 Before the interview, I didn’t know Thomas and his novels. In the meantime I have devoured the books, I will never forget the exciting conversation, the enthusiasm and the unexpected closeness! Ludwig Licht changes, develops, grows in the course of his adventures. A parallel to the life of his creator, Thomas Engstöm!

The video interview will be published in a few days, so I don’t want to reveal too much yet. Not only reading exciting books is fun. For me it is an experience to talk to the authors and above all to be allowed to listen. Especially Thomas!

Many thanks to Franziska, Frauke, Margit und Thomas!