The hard-rock veterans in Spitfire now release their newest album „Fuel To Burn“!

Spitfire was established in the northwest of Norway in 2006 (started as Supermarine Spitfire from 2006-2011) and delivers classic hard-rock that packs a punch. 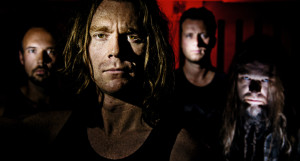 The band has previously released 2 albums, and is in promotion of their upcoming tour with DORO in April releasing their 3rd album “Fuel To Burn”.

Since the beginning the band has been through some changes in line-up, due to the tragic death of co-founder and bassist Bjørn “Bønna” Nesse in 2011. Despite this they have managed to get a solid line-up in:

«The name of the band gives you a slight hint of the musical direction of this orchestra. The arms and legs of the drummer goes like a whirlwind, while the vocalist possess one of the greatest voices we have heard in a long, long time.”

«…if you kneel when you get a tip on a raunchy hard-rock band in the style of Kings X, Alice In Chains and Black Label Society, do not miss out on this gang.»

“The recipe is as simple as it is effective: Hard-hitting rock with hints of the heavy and occasional progressive, a recipe that has in short time given the band a good reputation for delivering a solid live show.” – Firdaposten –

“This is great! Rock-hard, heavy and not to mention catchy music in the style of rock/metal. What these four grown men put on display is simply timeless and a product they can pride themselves on, as people with enthusiasm for rock and heavy music will jump in their Spitfire and fly like pigs while laughing out loud.” – Nash Rothanburg, Scream Magazine – 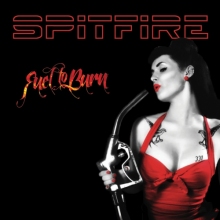 “Fuel To Burn” will release through Indie Distribution (not Indie Recordings) on the 17th of April, 2015!