Léa Ar Groaz watched the concert, wrote a french review and now her first review in English! Thank you Léa!

The show was announced for months, and I bought my ticket long time in advance, to avoid sold out. Actually, in front of the enthusiasm of the Berlin’s audience, the concert of Sabaton has been moved from Columbiahalle (around three thousand seats) to Velodrom, huge concert hall that can contain twelve thousand metalheads dying to fight in the pit.

The two support bands are pure power metal style. Twilight Force evolves in an universe full of dragons, stars, elves and wizards, driven by the clear and high voice of the singer. Accept is more in a post-apocalyptic trip, and their decor looks like a disused factory. From the latter, I’ll mostly remember their cover of Peer Gynt. Anyway, this is only an appetizer for me and the rest of the audience who can’t wait for the Swedish band to show up.

I had already saw Sabaton one, back then in France, so I knew what to expect. The introduction is a record from their cover of You’re in the army now. On stage, massive accessories set the scene, for those who would have any doubt: Sabaton’s universe is about war, and only war. Tank, canons, smoke and fire, the musicians enter on stage and lauch their first salvo with Ghost Division. It’s enough to make the audience explode. On stage, no banner or artwork, but a screen that will display pictures and videos during the whole show. I’m quite sceptical in front of this flood of glowy effects, flames and rotating 3D texts, looking like a good old Windows XP screensaver. Still I appreciate the music that invade my ears. Sabaton, it’s simple, strong, efficient, but also full of harmonies, the soundtrack complementing the live instruments and Joakim Brodén’s voice.

They follow up with Sparta, and as far as I see the stage, their are indeed costumed spartian warriors raising their spears to make the audience scream – OUH! AH! in front of pictures of battles and blood. Sabaton is a distillation of testosterone they shoot at us, this could be cliché, but they fire straight. I withdraw what I said about the pictures on the screen, the videos are actually good, providing an interesting historical context for the songs. From Antiquity to XXth century, from Sweden to Japan, Sabaton fights in every war. Each songs tells a story, a famous battle, praises the heroes and describe adrenaline, bravery and violence.

After introducing their supply drummer, Joakim switchs between Scotland with Blood of Bannockburn and the Vikings with Swedish Pagans. Later will come one of my favorites, Carolus Rex (telling the story of Charlemagne and his quest for power). Hectic, the crowd runs on the battlfield.

Sometime during the show, I wonder why I enjoy Sabaton so much, as I’m not a big fan of power metal and I usually despise the military universe. Maybe for the melodies, always effective and stay in my ears, just like hymns. Undoubtely for Joakim’s voice, deep like a trench, powerful like a Panzerdivision. Even more the voice harmonies, provided by the other musicians, always clean and well executed. The whole picture is a unique ambient, full of emphasis, that I can’t find elsewhere.

Some tracks later, the band gives us a truce with a very nice accoustic interpretation of The final solution. The band obviously came to defend their last album, The Last Stand, and most of the songs come from this one, such as Winged hussars or Shiroyama, teleporting us in the middle of a Samurai army. Some older songs are also played, like Resist and bite, a tribute to a regiment from the Belgium troups.

Without waiting for an encore, the band lauchs its last attack with the famous Primo Victoria. They finally order the retreat with To hell and back, whose nice melody contrasts with the lyrics suggesting the post-traumatic syndrom of the WWII heroes. The instrumental outro ends the show and we’re back in real life, after about twenty songs that transported us on all the battlegrounds of the world. A bit knock-out, but galvanized, and Carolus Rex will stay in my ears for several hours. 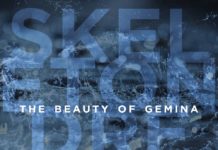 The Beauty Of Gemina: Vid... 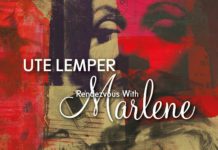 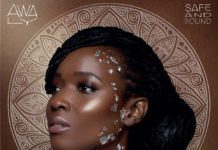