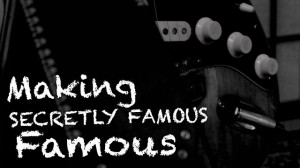 On his seventh album, the Reverend Jimmie Bratcher recommends that you “check your blues at the door”, kick back, relax and enjoy some blues jams…..and he delivers! Produced by the legendary Jim Gaines (i.e. Santa, Stevie Ray Vaughan), Jimmie rocks the blues on most of the album with 10 originals and two cover tunes, one of which I loved. Originally written by John D. Loudermilk back in 1960 and made a hit by the Nashville Teens and Edgar Winter (among others), the Rev’s version of “Tobacco Road” is a great rockin’ blues arrangement with fine guitar work and vocals.

“Jupiter and Mars” is also great upbeat blues tune written by his son Jason with a driving beat and some hot lyrics… “blindin’ light, flash of chrome, hot blonde in a tricked out Ford…..she was dressed to the nines with a devil smile..she said hey baby can we talk for awhile….she said I will give you sun and stars, I’ll give you Jupiter and Mars, she seemed an angel….like mixin’ whiskey and gasoline…” Jason…keep feedin the old man lyrics bro!

“Feels like Friday” is another upbeat tune with some great guitar riffs. “Nowhere to Go but Down” is a cool moderate blue rocks song. “I Can’t Shake that Thing” is a bit of funky rhythm and blues. “When I fall apart” and “Starting all over” are nice southern rock. But I thought his cover of the Association’s “Never my Love” and “It Just Feels Right”, while good tunes, just didn’t fit on this blues recording. I will give him a break though because the songs were obviously on his heart and mind and Jimmie’s heart is in a good place.

Overall a great album and certainly well worth the listen! Jimmie played at the Sturgis Rally in South Dakota this past summer and his spring 2013 schedule will find him wandering all over the United States..the mid-west, the south, and even up to Montana. If he gets close, you should go see him…..help keep the BLUES Alive!

Bio taken from the The Reverend Jimmie Bratcher homepage

In the driveway was a 1958 Desoto, in the house a twelve-year-old boy and a dad with a plan. “Will trade 1958 Desoto for electric guitar and amplifier” was how the ad read in the Kansas City Star newspaper. One call came and I went home with a beautiful white Gibson SG Jr. and a Gibson amplifier. That’s where it all started and I still have both the guitar and amp to this day.

Years have passed since that day but the sound of that gift my Dad gave me still rocks and you can hear it on my new album Secretly Famous. I played that guitar on a couple of the songs and let me say “it is a rock & roll monster.”

Secretly Famous is my seventh album but I really feel like it’s my first. This album is different for me because I went further back into my roots than on any of my other albums. Back to a time before I became “The Rev.” Back to that blues-rock root that I learned playing that old guitar.

Secretly Famous was recorded at Bessie Blue Studio in southern Tennessee. The studio is in a 100-year-old house and is owned by the legendary multi-Grammy award-winning producer Jim Gaines and his wife, blues artist Sandy Carroll. The vibe at Bessie Blue is like going to Grandma’s house, complete with mauve curtains, pink flowered wallpaper and a huge Magnolia tree in the front yard. As soon you walk in the door you feel like you belong; making it easy to relax and get to work. Then add in producer Jim Gaines and look out – Jim is the go-to guy if you want to record electric guitar. Known for his work with Stevie Ray Vaughan, Carlos Santana, Steve Miller and a huge list of others. Needless to say working with Jim was a dream come true.

I wrote most of the songs on Secretly Famous and had the honor of co-writing the opening track, “Jupiter & Mars,” with my son Jason. The song was Jason’s idea and once I read the first line, “blinding light, flash of chrome, hot-head blonde in a tricked out Ford,” I was hooked. There’s also something about my playing on this song that is just wrong enough to be right and the groove drags you into the song and you can’t help but feel it. All the songs I wrote on Secretly Famous are for people like me. People that hurt, that love, that laugh, people that need to forget about their troubles and enjoy life.

One writer wrote that I’m “a study in contradictions” and at first glance, yeah, I get that. That first glance seems to stop a lot of people, “you mean you’re like real a preacher”? “Yes I am!” Well then what’s a preacher doing playing the devil’s music? Here is what I know: there are only two kinds of music – good and bad – and hopefully I’m making some of the good kind. I love making music and people that know me know that I love to laugh, I love people and I deeply love my family. I guess one contradiction is that I’m a happy blues man! Well most of the time anyway.

I consider playing guitar as a gift. Throughout my life I’ve received many guitars as gifts. In fact most of the guitars that I own were given to me as gifts. They are constant reminders to me that music is a gift to us all and it’s my honor to play it for you. Thank you for listening to my music and sharing part of my life.

Oh yeah, the songs I played the SG on are the solos of “I Can’t Shake That Thing” & “Starting All Over Again”.