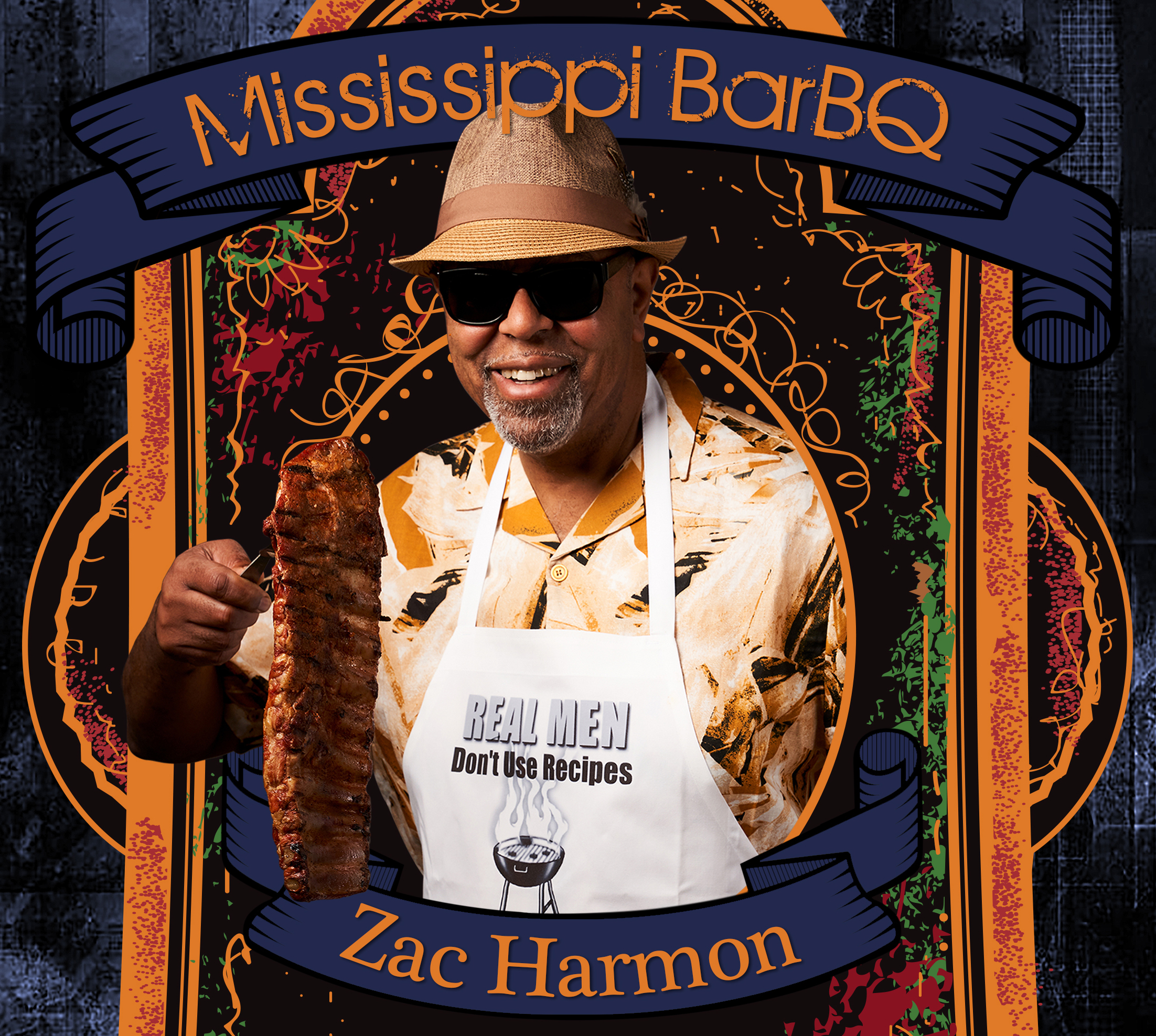 Mississippi Bar BQ is the most progressive effort from Zac to date. “For the first time in my career, I have had the opportunity to just be the best artist I can be at the guidance of a master producer” says Harmon. “On this new CD, I got a chance to work with The Rays, which is a group of studio musicians headed up by Bob Trenchard. The Rays are incredible, and they bring the best out of every song. I also got a chance to collaborate in the writing with Bob Trenchard (Johnny Rawls, Otis Clay) and John Hahn (Shemekia Copeland). These great writers proved their worth on every song. My favorite is the title song, ‘Mississippi Bar BQ,’ which was the brainchild of Bob Trenchard. One of my other favorites is ‘A Dollar Out of 15 Cents,’ which I wrote with John Hahn. This CD is top shelf.”

“So Cold” is another track that bears watching and has great potential as a single; and the title track, “ Mississippi Bar BQ,” is being promoted as a single to the Southern Soul market..

Zac Harmon is an award-winning guitarist, singer, and songwriter whose distinctive style continues the lineage of American Blues Music. Blues Revue called Harmon “a masterful musician and performer of the blues;” while blues journalist Don Wilcock lauded his “Bobby Blue Bland uptown sophistication with a touch of Freddie King guitar.” And JazzReview said, “With his big blues sound from Mississippi, Harmon can go toe-to-toe with some of the best blues men in the business. Please don’t be shy, go ahead and mention Harmon’s name in the same sentence with Bobby ‘Blue’ Bland, Albert King and Bobby Rush—just to name a few.”

Born and raised in Jackson, Mississippi, Zac Harmon is a true embodiment of the music that emanated from the city’s historic Farish Street district, home of blues legend Elmore James. Given that Zac was exposed to a lot of music in his home, neighborhood, and local culture, it’s not surprising that he turned out a blues musician. His mom played piano, and his dad, the city’s first state registered black pharmacist, played harmonica and tended to the needs of artists such as Muddy Waters, B.B. King, Ike and Tina Turner, Albert King, and Little Milton.

His next door neighbor was a music instructor who would host friends such as Cab Calloway, Duke Ellington, and Harry Belafonte in her home. Another neighbor, Bill Farris, a blues scholar who worked with noted folklorist Alan Lomax and founded the Center for the Study of Southern Culture at the University of Mississippi, recorded a number of Delta blues artists in his home, including Skip James.

Zac started his professional career at age 16, playing guitar with Sam Myers, a friend of his father’s. Two years later he was playing with Dorothy Moore, Z.Z. Hill and other well-known blues artists who were passing through on regional tours.

In the early eighties, at age 21, he moved to Los Angeles to take a real shot at the music business. He worked as a studio musician at first and eventually established a very successful career as a songwriter and producer. Zac worked on major films, television shows and well-known national commercials, even being hired at one point by Michael Jackson as a staff writer for his publishing company, ATV Music. Harmon wrote songs for the likes of Troop, Karyn White, Evelyn “Champagne” King, Freddie Jackson, The Whispers and The O’Jays, among others. He also produced songs for reggae band Black Uhuru’s Mystical Truth album, which received a Grammy nomination in 1994.

After composing and performing some blues songs for a movie score, Harmon felt compelled to pursue his longtime dream of returning to his roots and recording his first blues project. The result in 2003 was Live at Babe & Ricky’s Inn, an electrifying testimony to Mississippi blues, which showcased the sound at its best and introduced Harmon as a true torchbearer for the “next generation of the Blues.”  In 2004, Harmon and his band, the Mid South Blues Revue, sponsored by the Southern California Blues Society, traveled to Memphis and won the Blues Foundation’s prestigious International Blues Challenge title of “Best Unsigned Band.”

His next release, in 2005, was The Blues According to Zacariah, which garnered major national airplay, including XM, Sirius and the American Blues Network.  XM listeners voted Harmon “Best New Blues Artist” in the inaugural XM Nation Awards in 2005.  In 2006, Harmon won the coveted Blues Music Award for “Best New Artist Debut” for The Blues According to Zacariah.  Later that year, he was featured in Blues Revue magazine as one of the 10 artists that “represent the future of the blues,” calling him a “latter-day Eric Clapton or Robert Cray with shades of Luther Allison and BB King.”

Zac Harmon entertained U.S. troops in Iraq and Kuwait in 2008 as one the stars of Bluzapalooza and while headlining “The Pizza & Pyramid Tour” of Sicily, Italy and Cairo, Egypt in late 2009, Zac and company made history with a rare performance on the site of the Great Pyramid and the Sphinx, making the ensemble only the second roots act to do so; Louis Armstrong being the first.

In 2008, he released Shot in the Kill Zone in Europe, which was recorded live at the Lionel Hampton Room in Paris.  He then signed with the Northern Blues label for his third and much-anticipated U.S. album, From the Root, which was released April, 2009.  Living Blues said, “It takes a truly gifted artist to go in as many directions over the course of a single CD as Harmon does here and still retain a sense of coherence. For that alone, this is a pretty remarkable outing—but the real treat is the quality of the music itself, from beginning to end.”

Also in 2009, Zac was honored for his career achievements in his beloved hometown at the Jackson Music Awards, and weeks later in Memphis, the Jus’ Blues Music Foundation bestowed the “Little Milton” Guitar Award for “Outstanding Guitar Player” upon him.  That same year Harmon branched out into acting, with a major role in the independent feature film, Black and Blue, released in 2010.

Zac was a featured performer for the 2010 “Mississippi Celebrates its “Grammy Legacy” celebration, hosted by Mississippi Governor Haley Barbour, where he was presented with a Peavey Award, which honors the state’s Grammy winners and nominees as well as individuals who have played a significant role in developing and furthering Mississippi’s musical heritage.

Harmon released his next album, Music Is Medicine, in 2012. Blues Bytes called it an “album of his exciting brand of blues, which mixes elements of soul, funk, gospel and R&B effortlessly, and this latest disc ranks as his best so far.”

Since then he’s been on a roll, becoming one of the blues’ strongest live performers, thrilling fans everywhere from Memphis to Mumbai.  His live performances combine elements of everything that influenced him: soul-blues, gospel, reggae, and modern blues-rock.

BluesWax said of a festival appearance, “Harmon’s stage show is like a Blues symphony where he segues from one song to the next without a moment’s hesitation, building a head of steam that is orgasmic. Mixing classic boogie gliders with originals, he builds a West Side guitar sound that’s almost as sweet and simultaneously rough as classic Magic Sam into a showcase presentation that takes a lot of pages from Buddy Guy as far as dynamics. His hour on stage went by in an instant.”

In another live review, Jazz Now said, “His show affirmed all the hoopla that surrounds those dubbed as the hottest new act… Soulful vocals, breathtaking showmanship… His flashy guitar style belies the solid sound that he radiated on every tune, admirably backed by a fantastic band.”

Today Zac Harmon continues to tour both nationally and internationally as an ambassador of this great American classical music art form called the Blues. 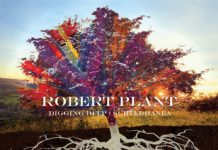 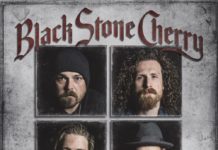 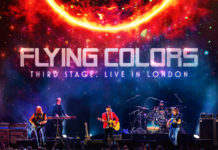