Round about half september this year I received a very surprising invitation from Nelson Graf Reis, a very talented and energising singer and songwriter from Porto in Portugal. Nelson and myself met during the big Eurosonic Festival earlier this year in Groningen/The Netherlands for an interview, please check it out if you haven’t already, just follow the link!

Nelson was organising a small festival, the Oh Lee Music Showcase, inside a bigger showcase in Porto and he invited me to join! This smaller and free access event, featuring local Portuguese bands and artists in acoustic sets, happened in a very beautiful club in Porto downtown. The place is called Casa Do Livro and is located at Rua Galerias Paris 85. Check this place, if you can!

Nelson Graf Reis and his team were organizing this two days long showcase in partnership with a main conference festival with the very beautiful and inviting name Tomorrow Comes Today.

“Celebrating life through music and people connecting with each other” was the main motto of this event. Nelson’s event was kind of a warm-up of the main conference, where people like James Stirling (BBC Music), Jon Eades (Abbey Road Studios UK), Josh Saunders (Warner Music UK) and Paul Pacifico (Association of Independent Music) were discussing their opinions and perspectives regarding the music industry nowadays and in the future.

I’m very happy and proud too, to be able to present to you as first artist of this showcase João Cardoso / O Mau Olhado. We talked directly after his amazing soundcheck, october 12th – 2017.

Bernd Ihno Eilts: Dear João, your soundcheck was just unbelievable surprising, thank you very much for this short live introduction! Can you please introduce yourself?

João Cardoso: Sure! My name is João Cardoso, my artistic name is O Mau Olhado, I’m here today to play a showcase for Oh Lee Music. Let me explain a little bit how I put my sound together. O Mau Olhado is a Portuguese expression, which means something like “Evil Eye”.

Bernd Ihno Eilts: Why did you choose this special name?

João Cardoso: Just because it sounded good and had kind of a mysterious dark vibe. My music has many minor keys, which are supposed to be dark and sad tonalities. I like the whole mystical and religious aesthetics, although I am not a believer of any kind.

Bernd Ihno Eilts: Where is this music coming from you’re playing?

João Cardoso: First I started as a blues guitarist. From there I evolved towards metal and rock and I was a member of several bands of those genres. I was always inspired to be a good guitarist still I am. Unfortunately all my bands broke up. I listen a lot to the music of Django Reinhardt, he is a major influence as well as the Portuguese guitarist Carlos Paredes. I don’t know of you ever heard of him, he is fantastic. He’s playing the Portuguese guitar, but with beautiful phrasing and beautiful melodies. It embodies the Portuguese spirit very well. So, these two very good guitarists are my main influences. Beside this I also like Latin and Cuban music. I don’t play classical music, but I have a classical approach to classical music. All my music is structured and there are relationships between chords and melodies and nothing is left on randomness.

João Cardoso: Yes, everything is technically and harmonically composed. This music has beautiful melodies that speak to your ear, not just only technically but it also includes real memorable melodies. This is my biggest inspiration as a musician.

Bernd Ihno Eilts: How did music start in your life?

João Cardoso: My father is a bass player and he was always involved in bands. These bands had rehearsals and instruments in our home, but I was never curious about playing music until I was 17 years old. Then it happened I just started playing a bit, I tried to play “Smoke on the Water” from Deep Purple on the first string. This felt so amazing that I just continued, I had to! I started to play a bunch of songs on only one string and after a while I learned to play chords and the Pentatonic scale and worked steady on from there. Later I had several rock and metal bands.

Bernd Ihno Eilts: How did you came to this festival?

João Cardoso: I know Nelson Graf Reis for many years. It started playing while he was still a member of the “Black Jackers”. They were pretty good actually and I was a fan of this band. When I had another band, a rock band, we played together several times. We worked together and now he is my friend. He invited me to play here on this festival.

Bernd Ihno Eilts: Are you from Porto?

João Cardoso: Yes, I am.

Bernd Ihno Eilts: Django Reinhardt is your big inspiration. You use several electronic effects, can you describe, how you work?

João Cardoso: It is a loop station. It is a device that can record a section of music and when you stop recording, it starts playing from the beginning on and it does this repeatedly. Like this you can record layers on top of layers and build up a whole band, even percussion and many guitar layers. I am a solo guitarist, I am not a finger-picking guitarist, that can play bass lines and a melody at the same time. This is why I use this loop device, to get my sound good.

Bernd Ihno Eilts: It’s all your own music what you play?

João Cardoso: Occasionally I do versions of other music, other songs, but I always like to do my own music. For example, I discovered a Russian song, that Django and other guitarists like Les Paul used to play. Originally it is in four bars and I turned it into a waltz, like three to four. Then I play my own solo in this music and capture the essence and do my own version of it.

João Cardoso: Maybe two or three times every month. I don’t make my living of it, but I want. I work in tourism, like local renting for tourists.

Bernd Ihno Eilts: What more inspires you in life?

João Cardoso: Actually I thought already many times, my music could be a soundtrack for a movie. And I believe it, because I always try to accomplish this Cinematique ambience, that dramatic impact when you hear it. Movies are a very big influence, I love Quentin Tarantino movies. Then I love Rockabilly and Surf Rock vibes in there. Also I am very inspired by my city Porto. It is a very beautiful and artistic city. I am influenced by the architecture and general vibe of the places I am in. Porto is very rich in history, culture and architecture. Even just walking around you’ll probably find some incredible street musicians. Since I spent most of my time in Porto I can say, I am part of a product of this amazing environment. My music wouldn’t be the same if I lived somewhere else. Next to Porto I am also inspired by Fado, the typical Portuguese music, by Gypsy Jazz and a little bit of Flamenco. These southern European types of music are very much similar harmonically and they are also very similar to Latin music. Even the beats are not exactly the same, but everything is pretty much harmonically the same matter.

Bernd Ihno Eilts: Why is this inspiring you so much?

João Cardoso: I think it is just my view of art. I am not a real modern art guy or a post modern art guy. I like classical art and classical music. And I like beauty in general. I always have been fascinated by beauty and that’s always what I try to achieve.

Bernd Ihno Eilts: Can we find albums of you?

João Cardoso: Yes, I released an EP end of 2016 and in some months I will release my first full album.

João Cardoso: Thank you so much, that was great! 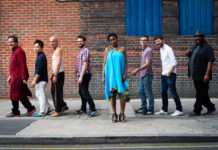 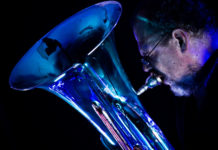 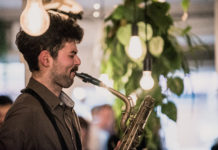