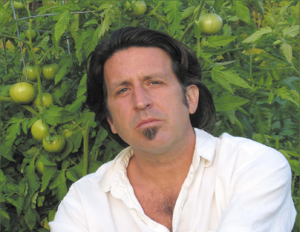 On his new CD, “Six Pack”, George Kilby pops the top on a foamin’ brew of roots music that I loved listening to! Born and raised in Alabama, George now lives in Brooklyn where he and his band are regulars at BB King’s place in the City. He has led an interesting life with influences from Pinetop Perkins, Dylan sideman Howie Wyeth and New Orleans piano man, Henry Butler. He has been a roadie for the Beach Boys and produced blues award winning albums. And since 1999, he has been making music of his own.

The Six Pack CD contains six new tunes plus six more free ones that can be accessed via a link on the CD. The acoustic tune “You Never See the Hand Throw the Stone” just blew me away….story telling blues that would make Robert Johnson and Mississippi John Hurt smile! His roots rendition of Clapton’s “Sunshine of Your Love” is a great tune with some fine guitar pickin’. “And the People Sang” is a fantastic bit of nostalgia about the 1960’s that features some great fiddle, mandolin, and accordion playing. In May of 2013, George will be doing some shows in Belgium, Germany, and Denmark. Check the website, www.georgekilbyjr.com, for more details and don’t miss him if he is close by!