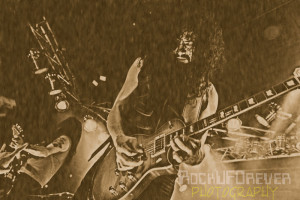 Armored Saint Delivers Mutiny on The World in Vegas. Review and photos by Russell

I was stricken by fate when I found out about Armored Saint playing a headlining show in Las Vegas,Nevada at Count’s Vamp’d Rock and Bar Grill.just one week before the show.I live about a 18 hour drive away from Vegas.Once I decided I was going it was like a Chemical Euphoria came over me and I was determined to see Armored Saint play this first headlining show on the bands recent tour for the bands new album “Win Hands Down”.The show was Sold Out and the buzz was hot once I got to the venue .

Time got close to the Saint coming on stage and someone in the crowd got a little wild for a few minutes and was escorted out.Armored Saint hit the stage in Vegas with the hard hitting tune “Win Hands Down” the title track off there new album.After that it was the classic track of “March of the Saint” from there debut album in 84 of the same name.The band then took the fans on a trip back through time with one track off three different albums.Leading off with one fan favorite from the “Delirious Nomad” album “Nervous Man” which always gets the fans going.Next was the ripper of a track “Pay Dirt” off the Revelation album.”Last Train Home” was next,which got some play on MTV in the early 90’s and is a great,slow starting to mid tempo,to rocker track from the “Symbol of Salvation” album.

John Bush announced to the fans since they have more time to play,the band broke out a track not yet played live from the new album titled “ Exercise in Debauchery”The fans devoured it and loved it,then the band played the title track off there 3rd album,”Raising Fear” and while the band does not play lots of shows or big tours anymore,you could never tell when they are on stage.”Dropping like Flies” off the Symbol album was next and it was great to hear this tune live. 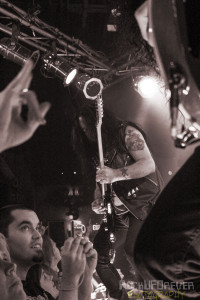 “Mess” from the new album was next,and this song just fires off well live and sounds so clean.One track from the “La Raza” album was next on the set list.The track “Left Hook,From Right Field” hits you like a uppercut also and you will like it and want more.”Aftermath” from the 1985 Delirious album was up next and the song is a well structured tune that leads into the lead track from the some what comeback album “Symbol of Salvation” called “Reign Of Fire”.Which before recording the album long time guitar player and co-founder of the band “Dave Prichard” passed away in 1990 while the demos of the album were being recorded.

John Bush mentioned how much the next song from the bands first full debut “March” album in 84 got the band there first exposure to the masses via MTV with some steady rotation of plays.The fan favorite of “Can U Deliver” is just so powerful when played on stage and the band always delivers and the fans sing there hearts out during the chorus and most fans you can hear the whole song triumphantly being roared along with through out the crowd. 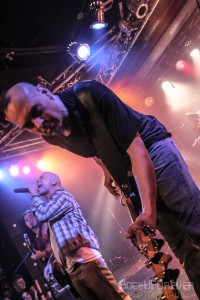 The band goes off stage after a long crowd applause,but the fans have not had enough and the band was still not through for the night,so back they come on stage to a frenzied crowd wanting more Saint. ”Long Before I Die” another early classic track from the band is a another groovy track that Saint plays like it s a fresh tune.Both Phil Sandoval and Jeff Duncan have traded off leads all through the show,Gonzo Sandoval and Joey Vera kept the steady beats and rhythms going like a well oiled suit of armor out on the battle field taking no prisoners.John Bush and his vocals are so clean and powerful and he has not lost anything that I can tell from his unique sounding vocals and the way he portrays his voice and lyrics live still to this day since I first seen the Saint live in 1985.

Saint had one more battle to conquer,and one more song up there sleeve before the night ended,The track “Madhouse” with Joey adding some hefty vocals in the chorus,which is another fan favorite to end the show and to leave the fans in the state of mind of just witnessing greatness and the feeling of the crowd all together singing right along with the chorus of “Madhouse”.It doesn’t matter what you do,just as long as it’s good for you……..

A memorable Armored Saint show and adventure for me again.Don’t miss Armored Saint if they come close to you for a show.More dates are already booked for this year with Saxon and some Festivals in Europe and shows for next year in 2016 are being booked.Check out www.armoredsaint.com and the bands Official Facebook page and Twitter page for all tour dates and band info. 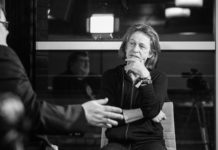 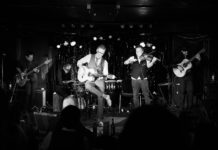 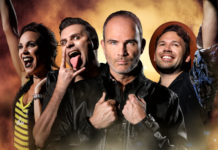